“And don’t pray to God, ’cause He won’t talk back”

As much as I like the soundtrack of Begin Again (one of my favorite films, by the way), this part of one of the movie’s soundtracks, A Step You Can’t Take Back,  somehow bothers me and makes me uncomfortable whenever I listen to it. Maybe the writer of this song was referring to some other god or maybe it’s a metaphor or something. I only love music but I’m not a music and lyrics genius so I can’t really tell. Nevertheless, one thing’s certain here: this statement is in no way the truth.

I strongly disagree. Because God does talk to us. And I’m saying this not because I’m a Christian, but because God really talks to us. In many ways. In many forms.

And I personally experienced that. God talked to me. In one of those days when I felt I was not deserving of His presence.

It was the fifth and last day of the annual prayer and fasting time of our church. I was supposed to do my morning devotions but I woke up late so I decided to do it during lunch break instead. But that wasn’t what God wanted to happen.

It was 10 minutes before 7am and my work starts at 7am so I should be going already but that task was very important so I had to message my co-teacher that I will be late for work that day. I finished the task just before 8am so I actually could head on to the school so I won’t be super late. Then my eye caught the Prayer and Fasting booklet and my journal on the table. Then there was the prompting to do my quiet time that very moment.

Admittedly, I was a bit hesitant to do it since the P&F material this year is too extensive (at least for me) and requires more time than usual, with the spiritual exercises and all. And it meant I will have to call my school and tell them I had to go half-day.

I know I’m not a super Christian and oftentimes, I don’t walk the talk. But there were some moments in my walk with God that I could really feel when He wants to tell me something. And that day was one of those moments.

The topic that day was about how to hear from God. And that’s something that really interests me, although I have to admit that it’s not really often that I hear from Him. While reading the instructions on the spiritual exercise, crumbs of doubts started filling my mind and heart. I just felt that I’m way too insufficient to hear from God that time. Imagine, I couldn’t do my morning devotions because I would be late for work but I could call in late when there’s an urgent task from my online work? I’m definitely not a model Christian. I mean, why would God talk to me?  I felt undeserving and unqualified to hear from Him that time.

But He did. And the scene’s still very vivid in my memory. These were the very words He spoke to me with:

“I’m the one who created the situation that caused you to be late from school. Because I missed you. You are so busy with your life that we only talk for a bit most of the time. Like a mother waiting for a call from her daughter living far away, I long for you to call Me and talk to Me and spend some time with Me. Yes, you are late for work today but you don’t have to worry because I will take care of it. I am more important than your job. I tell you, you don’t need to worry about your 2017 because I have it all planned perfectly for you. I am in charge of your 2017. You don’t have to worry. All your fears, anxieties, stress, cast them all on Me. I will take care of them. Just believe that I am with you.

There are times when you think you are insignificant. There may be times that you feel you don’t matter, that you are just a small piece of a puzzle. But I tell you, you are significant to Me. You are highly favored. You might not realize it now but I’m storming heavens to pour out the abundance of blessings and love on you. You are so much loved. You are very important to me. Never doubt that even for a second. I have loved you then and I will continue to love you till the end.”

I was crying the whole time I was penning down those words as I hear it. I didn’t expect that actual moment to happen that very morning. It was just so surreal.

I had to pen those words down because I want to read it over and over again. It was one of the remarkable encounters with God that I will definitely go back to whenever I feel down and unqualified. I’m not the highly spiritual type and I failed Him a lot of times but He still loves me and gives me that much importance to actually talk to me and let me hear His voice.

God actually talks to us. He is never busy for us. It is actually us who usually veer away from His presence when we get too busy with work and other things. And I’m guilty of that. I felt undeserving of His love but He still gives it to me in so much abundance.

You may have not experienced hearing from God yet but that doesn’t mean He doesn’t talk to you. Oftentimes, you just have to lock yourself from the world and really spend enough time seeking Him. Take time to enjoy His presence. He can talk to you through a friend, a Bible verse, a situation and promptings. You just need to be sensitive of His voice and believe that He really can talk to you.

When He seems silent, don’t be discouraged. It doesn’t mean He doesn’t care. According to Oswald Chambers, when God is silent, you will find that He has trusted you in the most intimate way possible — with absolute silence, not a silence of despair, but one of pleasure, because He saw that you could withstand an even bigger revelation. Silence can also be a sign of intimacy. God wants you to seek Him more and He wants more of your time.

Faith. Never doubt. That’s the paramount point. You have to trust Him that He listens even if He seems silent. 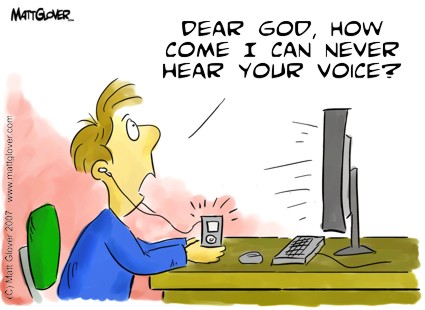 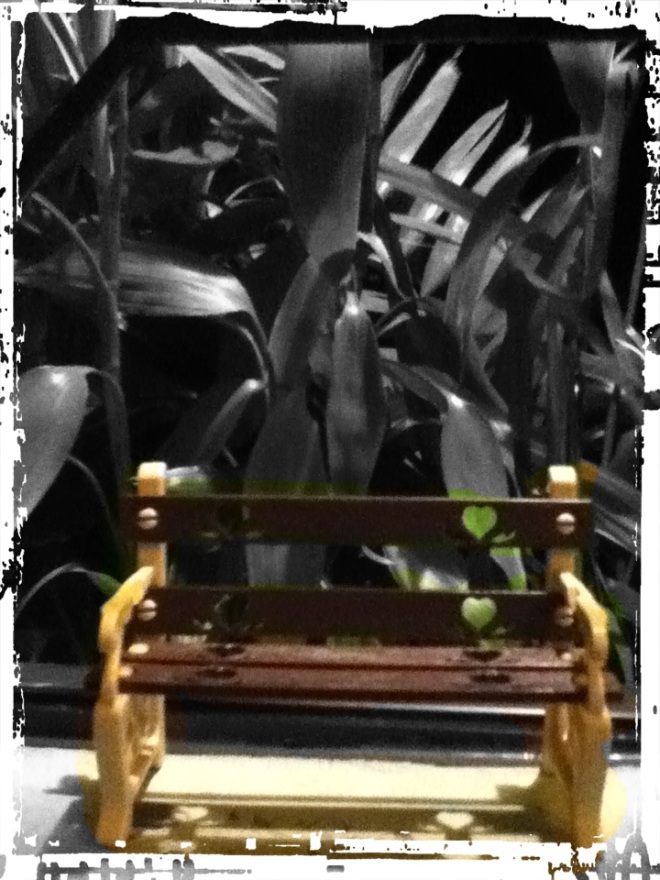 Same as with every single soul praying for and wishing to find love, this bench sits there day in and day out, hoping to be a witness to a love story like no other. A love story perfectly authored by God.

The lady in waiting.

Then there’s the lady who’s been praying for that special someone to finally come her way. She goes there during her free time. Just thinking about different thoughts on life and love. Observing the people passing her left and right. Holding in her heart that earnest hope that one of those people walking pass through her will take time to look at her and see beyond what could be seen by the naked eye. Someone who will take time to look at what’s inside her heart.

Most of us walk that path of patiently waiting for ‘the one.’. Praying. Waiting. Hoping. Sometimes losing hope. Praying again and regaining that small spark of hope to finally meet that ‘person’ in one of our visits to that place where we spend most of our times wishing that love will finally walk on by, sit with us and stay there forever.

And then he walks on by.

Sits with her….and she finds herself enjoying every bit of moment spent with him. It’s as if spring has finally arrived in her life.

We always find ourselves asking that question over and over again every time we meet someone. The thought of spending the rest of our lives with that person excites us to bits.

Giving our much-coveted ‘YES’ to that person requires a lot of praying and thinking and contemplating. It might seem easy at first especially if you’re having that ‘kilig’ feeling over that guy. But true love goes beyond that ‘kilig’ feeling. Always aim for that ‘love at last sight’ thing more than the ‘love at first sight’ for is speaks of fidelity and loyalty till your last breath.

Most of all, love should be under God’s oversight. It is one thing to feel in love but it is one very important thing to be in love under the blessings of God. It is a much heartwarming feeling. It’s as if happiness has no ending and occasional heartaches are just flowers to keep your garden of love bloom in beauty all the more.

God is the Ultimate Author of the best love stories ever told and He is very much concerned with our love lives more than we do for ourselves. Just a trust in His timing is all He’s asking of us before he could finally let us meet ‘the BEST one’ for us. Seek Him first and let His desires for you overpower your own heart’s desires. 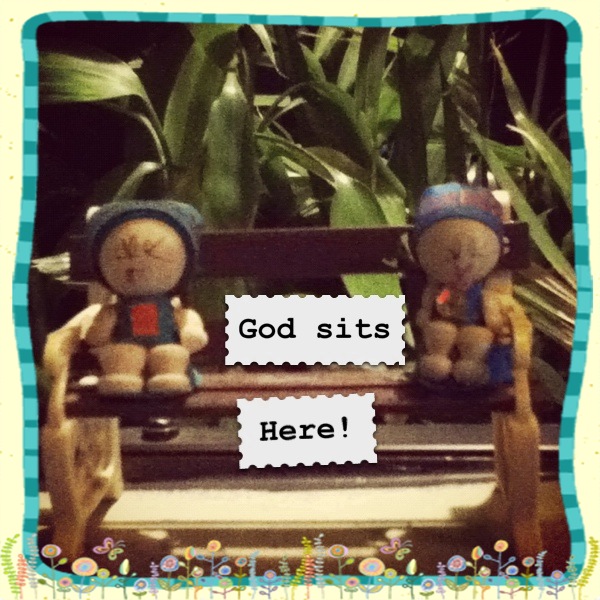 When you finally get the confirmation from God, that’s the only time that you can say that true love has finally found you. We can find different kind of loving feeling in this world—from that guy who keeps on sending you messages in Facebook, or your officemate who’s being extra sweet and caring to you, or that guy you’ve met in a party; but it is only in pursuing the desire of God in your life that could make you feel truly in love, happy and satisfied.

God is our very own Dr. Love. You need not dial a number and let your voice be heard in the airwaves to understand what you’re feeling. You don’t even need to pay a high price to know who’s the one for you. A simple and sincere quiet time with Him is all you need. Listen closely to what He’s telling you and let His small voice overpower the desires of your heart.

Let God sit in a special place in your relationship. You need not worry about how to keep that love strong and how to make it last forever because God will be the one to make those things possible.

Dig on my previous posts:-)

In this world, but not of it

"May all be happy, May all live in peace!"

A Smarter Way to Fundraise

Best not to think about it

Smile! You’re at the best WordPress.com site ever

Top 10 of Anything and Everything - The Fun Top Ten Blog

Prego and the Loon

Pregnant and Dealing With Domestic Violence

Smile! You’re at the best WordPress.com site ever

Me, Myself And Perhaps Others As Well

Changes and Pursuits in Surviving the so-called LIFE